Steampunk Creatures of Land and Sea 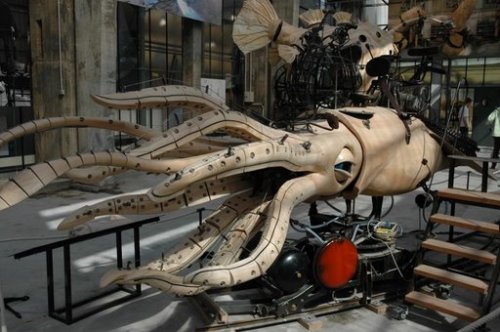 Les Machines de l’Ile is an art project located in Nantes, France. Artists François Delarozière and Pierre Orefice bring years of set building experience to the exhibit which opened in July of 2007. The first major machine is an enormous elephant weighing in at 45 tons and measuring nearly 40 feet high and 26 feet wide. Levers and pulleys allow some of the 49 passengers to control parts of the animal, including the life-like jointed trunk. Future major machine projects include a Marine Worlds Carousel (2010) and Heron Tree (2014). Other smaller projects include a squid, pirate fish, manta ray, lantern fish and more. Oh and did I mention that you can ride some of these things?! I couldn’t have imagined a more wonderful place. 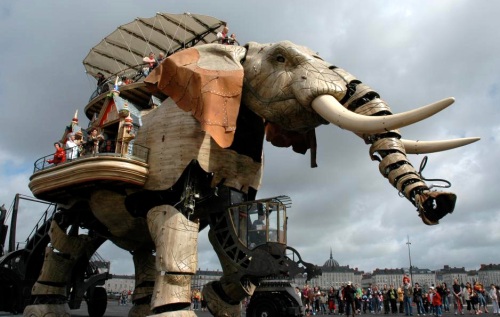 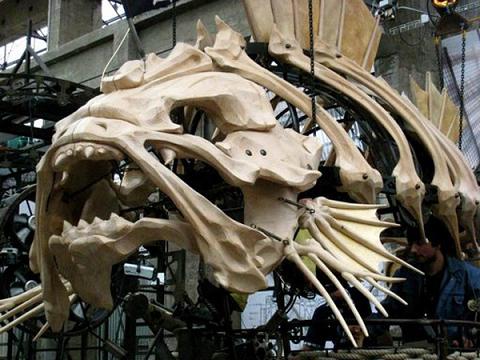 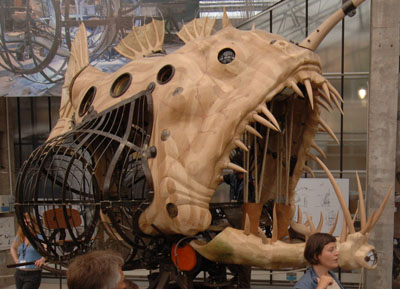